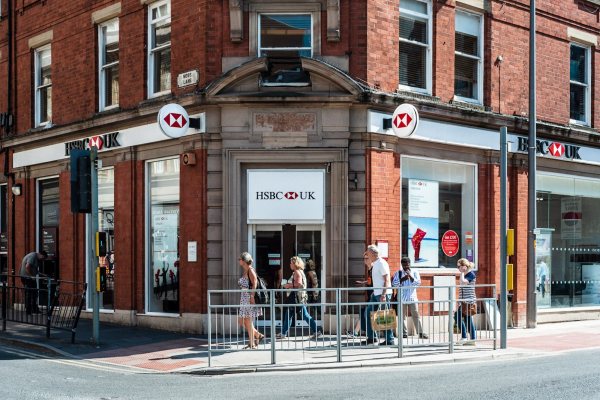 We’ve had some great feedback on a job recently completed at the HSBC in Altrincham. We were delighted that the branch manager took the time in her busy day to give our engineers a glowing report.

Scott Lightfoot and his team of Andy Regan, Kade Knott, Darren Beach, Aiden Walker, Derek Kerrigan and Jake Rowlinson obviously made a great impression and should be congratulated on a job well done.

I wanted to take the time to give some feedback on the works that you company carried out in the HSBC Altrincham.

We have been without a heating and cooling system in the branch since October 2019 due to our system being broken.   You came into branch at the later end of last year to survey the job. That day you promised that if you got the work, you would look after my branch and respect both the staff and the customers while the work was being completed.  You absolutely delivered that promise my team and I have nothing but respect and praise for you.

Your team:  what an amazing group of guys you have working for you and Coolair.  They came in to the branch and the first thing that they asked for was a small space so they could leave their tools and all the other equipment that they would need, because they didn’t want to be a nuisance and get in the way of the staff and the customers.  This I found really refreshing as some contractors just like to make their presence noticed and leave their equipment everywhere.   They came in every day for 6/7 weeks after the branch closed and ripped down the ceilings and fitted in the new system, which was no easy task in the middle of a global pandemic.  They respected both myself and the team here by disinfecting all the areas and cleaning up after themselves every night, never once in all the time your guys were here did my team or I have to come in and clean up any mess.  For somebody like myself that is a clean freak that was very reassuring as I knew that both my team and the customers were safe and in no danger of this dreaded Covid.

I can honestly say that there wasn’t a day that either the staff or the customers were disrupted while the works were being carried out.

From the team at Altringham branch we would like to thank you and your team for the brilliant workmanship and the fabulous new heating and cooling system we now have.”